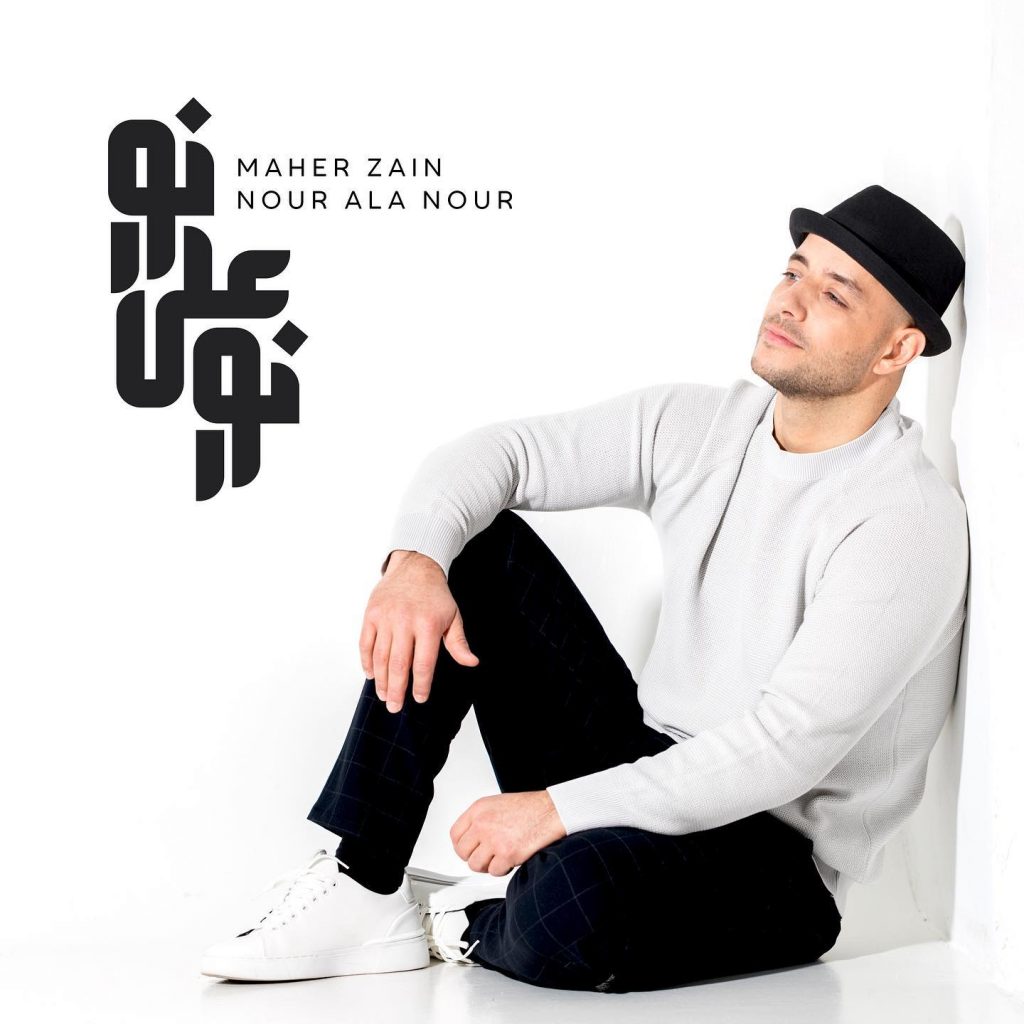 Awakening Music marks the arrival of the blessed month of Ramadan with a special release: Maher Zain’s new EP (mini album) – Nour Ala Nour (Light Upon Light) – featuring six songs plus a bonus track. “Ramadan Gana”, the first music video from the EP was released on Friday the 9th of April on YouTube and all streaming services, thereafter a track from the EP will be released every Friday at 12.00 GMT, and the last track will be released on Wednesday May 12th, right before Eid.

The first single, Ramadan Gana (Ramadan Has Come Back To Us), is a modern rewriting of this Ramadan classic, first performed by Egyptian legend Abdel-Mottaleb on Egypt’s national radio in 1943. Zain is reviving the classic with a new musical arrangement, fresh lyrics and a distinct melody for the song’s verses, while keeping the same beloved chorus that generations all across the Middle East and beyond revered. The music video for Ramadan Gana was shot in Cairo, Egypt, and has passed 3 million views within 5 days of its release on YouTube, and trending on the video platform.

“Ramadan Gana is a song that’s dear to my heart and the hearts of generations across the Arab World. Ever since its release in 1943, it has become intrinsically linked with Ramadan in the subconscious of so many who’ve grown up listening to it whenever the month of Ramadan arrives. It’s been a real honour for me to do my own remake of this all-time classic, with new additions to the melody, lyrics, and a completely new musical arrangement” said Maher Zain.

The lyrics to the song Hubb Ennabi (The Prophet’s Love) was one of the last songs written by the late poet and lyricist Salah Galal before he tragically passed away in 2012 at the age of 39 after a long struggle with Hepatitis. Salah Galal wrote the lyrics for many of Maher Zain’s biggest Arabic hits, including Ya Nabi Salam Alayka, Assalamu Alayka, and Radhitu Billahi Rabba. The song and its music video will be dedicated to his memory. The song’s melody was composed by Egyptian artist and composer Mohamed ElSawy.

All the EP’s six songs will be released as music videos on YouTube and TV channels around the world. The six music videos were filmed in Cairo, Tunis, Istanbul, and Beirut, and Maher collaborated with talented Tunisian director Idris Kheder (who directed Maher Zain’s music video Lawlaka) for most of the EP’s music videos, as well as Egyptian director Ahmed Moghazy for the Ramadan Gana music video.

“I’ve had these songs in demo form for a while now, and have been waiting for the right time to share them with the world. I think the occasion of the blessed month of Ramadan is the ideal occasion to do so, given the nature of these songs, their message and overall reflective mood,” says Zain. “In this EP, you’ll listen to a variety of spiritually uplifting songs, where I aim to take the listener with me through a journey that I myself started more than 10 years ago towards deeper self-actualisation and inner peace; what better time than Ramadan – the time of spiritual reflection, self improvement and devotion – to make this inner journey.”

Lebanese-Swedish artist Maher Zain is a multi platinum-award recording singer/songwriter, and the most popular Muslim artist on social media; remaining the most-viewed Muslim artist on YouTube. He has three studio albums released to date, all through Awakening Music: Thank You Allah (2009), Forgive Me (2012) and One (2016), as well as countless single releases. Many of his songs like Insha Allah, Ya Nabi Salam Alayka, Assalamu Alayka, For The Rest of My Life, and Number One For Me have become modern-day classics, with all surpassing 100 million views on YouTube, and Ya Nabi Salam Alayka becoming the most viewed Islamic music video on YouTube with almost 400 million views. Maher’s videos have exceeded 6 billion views on YouTube, and his fan base across social media platforms stands at well over 36 million followers, following for his songs, music videos, and concerts across the globe.

“Ramadan is both a time of reflection, renewal and personal growth, as well as a time where families come together to make lasting memories,” says Bara Kherigi, the managing director of Awakening Music. “We strove together with Maher to make an EP that reflects all those different aspects of this blessed month, and to make songs that will become part of people’s memories of Ramadan; something that will link our children, young people, and hopefully future generations with this most beautiful time of year.”

The EP’s track names and their release schedule are as follows: